Get me outta here!

YouTube (s GOOG) is shutting down YouTube Create at the end of this month, ending what was supposed to be a promotion of both the YouTube API and third-party apps taking advantage of it. YouTube Create was launched some 18 months ago as a showcase for third-party video editors like WeVideo, Vibop and Magisto. Here’s how YouTube described Create at launch:

“The idea is simple. The third-party application runs in an HTML iframe on YouTube. The user creates a video with the application, and then the application uploads the video to YouTube for the user to watch and share.”

However, it looks like Create never got all that much traction, which is why YouTube is now shutting the showcase down on January 31. Apps featured on Create will still be able to make use of the YouTube API after that date, which allows them to essentially operate as external…

Chevy is no longer the only car brand with announced plans to bring Apple’s Siri(s AAPL) voice assistant to new car models. On Wednesday, Honda announced that its 2013 edition of the Accord will be enabled with Siri Eyes Free mode, along with the Acura RDX and Acura ILX.

Honda called Siri Eyes Free an “in-vehicle tool that will help meet the connectivity and convenience needs of its customers in a responsible manner” in a press release. Siri’s Eyes Free mode is available to drivers who own an iPhone 4S or iPhone 5 running iOS 6. It’s meant to let drivers interact with their iPhone while keeping their focus on the road. With Eyes Free drivers can make hands-free calls, send texts, listen to messages, make and find calendar appointments and select songs to play. Honda will integrate its Bluetooth HandsFree Link in-car software with Siri.

Back in the early days of the internet-capable mobile phone – and by this I mean 2006, the pre-iPhone(s aapl) era – Opera Mini came out, and it was the best way to surf the web from such a device. The browser uses server-side compression to squeeze data by up to 90 percent, so it meant faster page loads and less data usage.

That was then, this is now. But it turns out the popularity of Opera Mini is still growing like mad – in fact, last December saw the biggest month-on-month growth for the tiny browser in its history, up 6.3 percent from 195.5 million to 207.8 million users. The Mini servers handled more than 143 billion pages and compressed more than 12 petabytes of data during the month. What gives?

The answer is a bit of a mixed bag. Firstly, the big growth in mobile internet usage these…

A microorganism video could be a visual treat that gains mass quality on the net through technological viva-voice spreading via social media, websites, e-mails, etc. These videos square measure a method to unfold concepts, typically public humour for comic relief or to promote a product. Here’s a compilation of the foremost microorganism videos of 2012

Joseph Kony could be a terrorist heading the LRA(Lord’s Resistance Army), a Ugandan guerilla cluster, accussed of the many crimes against humanity like abducent kids to coach as troopers or being oversubscribed as sex-slaves. The video Kony 2012, created by Invisible kids, Inc., dropped at lightweight the brutality of Kony and his organisation. The aim of this video was to instigate the capture of Kony. several celebrities additionally Lent their voice to the present cause like Angelina Jolie and Oprah Winfrey.

Psy may be a South Korean rapper, musician and dancer WHO primarily shot to fame nearly long with ‘Gangnam Style’. it’s largely him doing associate completely ridiculous, singular dance move throughout the video to a hypnotic techno track encircled by horses, a diversion child, stunning girls, a carousel, commuters and previous folks. The video even hold a Guinness record for many Youtube likes. t’s a mystery what you’ll credit the video’s success to however some may say his dance moves and swag count.

Dumb ways that to Die could be a humorous infective agent video free within the interest of public safety for the Australian railway line, by designer general Frost. it’s associate degree associate degreeimation on the various dumb ways that to die (obviously!) with an inclusion on however being killed by a railway line train is one amongst them. The simplicity and comic issue of the video lends it it’s quality among the plenty

As much as we tend to hate to fancy from another’s humiliation, it’s usually an honest supply of diversion as is that this video. This German diver did not quite go down in a very splash and will be scarred from his debacle however his friends thought to worsen his state of affairs by recording and golf stroke his entire ordeal on-line. This video offers masses laughs and caution for anyone UN agency is fascinated by ice acrobatics.

Procter and Gamble discharged an advert laudatory mother’s worldwide before the London athletics. The video options mothers from everywhere the globe sharing their journeys on raising their young Olympians. It plays on sentimentalism and piggybacking on the new topic at the time – The athletics. 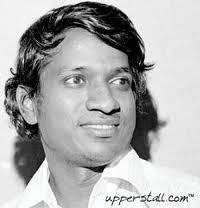 The French Loaf bakery chain’s longest photo cake event is back! The cake will be unveiled at the Express Avenue Mall on 2nd October 2012. The cake will weigh 1000 kilograms stretching across 100 metres and will be created as part of the Joy of Giving Week to support Chennai based NGO Ekam Foundation.
The cake itself will pay tribute to India’s highly acclaimed musician Isaignani Ilaiyaraaja. Approximately 500 kilos of chocolate powder, 300 kilos of chocolate, 200 kilos of fresh cream and 1000 icing sheets will go into making the special eggless chocolate cake. 1000 photographs of the maestro spanning his musical career will adorn the cake.

The proceeds of the sales from the photo cake will go to Ekam Foundation which provides medical support to underprivileged children from many parts of Tamil Nadu ensuring every child’s right to health is respected.
The cake is being prepared by The French Loaf with the help of over 30 chefs engaged in the baking and assembling processes, and will be on display for public from 4.00 PM onwards at the mall.

Isaignani Ilaiyaraaja will be the guest of honour at the event and many other celebrities and prominent figures of the Tamil cinema industry are expected to support the event with their presence.

The Chronicles© - No Equal Since 2008 | www.stickydiljoe.com

Though we are already heading into Part 3 of the SEMA 2012 coverage, the photos you’ve been seeing the last two days have mostly been from my first day at the SEMA show. For this third installment, we’ll be taking a look at some cars from the SEMA show that I first saw upon my arrival at the Las Vegas Convention Center on day two. I wanted to make sure that I walked around outside of the show, in the sections furthest away from the actual halls, because there are often some really great builds there. From my experience, some of the coolest cars are actually outside…you just have to go find them. The Meguiar’s area always has some nice cars as does the Mother’s booth. In between you’ll find some random cars here and there and that sometimes is where some of the most unique cars are…

A dictator is a ruler who assumes sole and supreme power but without inherited ascension. Most of the dictators successfully do it and others are just being called dictators as a formality. Few of these dictators drew special attention and became infamous because of the atrocities they carried out.

Here is the list of the most popular dictators of all time. Some were good, some tried too, others just didn’t want to be.

Gained power in 1969. He helped Libya a lot but at the same time, did some unethical things too. A group started to protest against Qaddaffi due to his crimes against humanities and caught him on 20th October, 2011 and killed him.

The king of Saudi Arabia was enthroned on August 3, 2005. He is one of the world’s oldest reigning monarchs. He topped the 500 Most Influential Muslims list for two uninterrupted years in 2009 and 2010.

Castro was the prime minister of cuba from 1959 to 1976 and then stayed president from 1976 to 2008. In 1961, his anti-imperialist views, as well as a suspected relationship with Soviet Premier Nikita Khrishchev alarmed United States. They wanted to end his government. To counter this threat, Castro allowed soviet union to store nuclear weapons which led to the event Cuban Missile Crisis in 1962.

He was elected into power in 1980. Became the head of state in 1987. Mugabe-led government embarked on a controversial fast-track land reform due to which several sanctions were imposed on him by the US government.

Former Egyptian politician and military commander. Served as the fourth president of Egypt from 1982 to 2011. He was the longest serving ruler of the Egypt. Egypt military was of the view that he was involved in the assassination of his predecessor Anwar Sadat.

A German politician and the leader of National Socialist German Workers Party. He was the chancellor of Germany and also the head of the state. Killing Jews was his hobby and he wanted to end the race of Jews.

He was 5 stars ranked General and Field Marshal in the Pakistan Army and the first military dictator. Served as the second president of Pakistan from 1958 to 1969. He became the first native Commander in Chief in 1951. Khan was frustrated from the country’s corruption and that’s why introduced martial law and became the president of the country.

President of Syria and Regional Secretary of the Ba’ath Party. Al Assad was elected in 2000 and 2007 but was unopposed each time.

5th president of Iraq and also a leading member of the Ba’ath Party. In 2003 US invaded Iraq due to the presence of weapons of mass destruction in Iraq ( however there were not any ). On 5 November 2006, he was convicted of charges related to the 1982 killing of 148 Iraqi and was sentenced to death by hanging.

A military leader and president of Uganda from 1971 to 1979. His rule was categorized by human rights abuse, political repression, extrajudicial killings, nepotism, corruption and miss management.

I’m watching this video and all I can think is “I bet every actor and actress in it, with the possible exception of the elderly couple, probably use Macs, iPads and iPhones in real life.” They wouldn’t be caught dead with a Microsoft product.

If they aren’t it’s only because their parents wouldn’t buy them something from Apple.

These new Surface products look great and I’ll be trying them out.

Just like I tried out the Zune back in the day. They had great commercials, too.